In 2021 Celo had many ambitious plans to evolve its platform and grow its community. As part of that evolution, it was necessary to rapidly scale up the organization in the coming years. So, it made sense to have a close look at the internal design system for Valora and see if it was aligned with their rapidly growing direction.

The primary challenge for the parties involved was to delineate the system's scale and the timing of its integration into the team's workflow.

Alongside the principal designer, I built Valora's first scalable design system as the key contributor.

The image below represents a matured state of the system during its evolution. 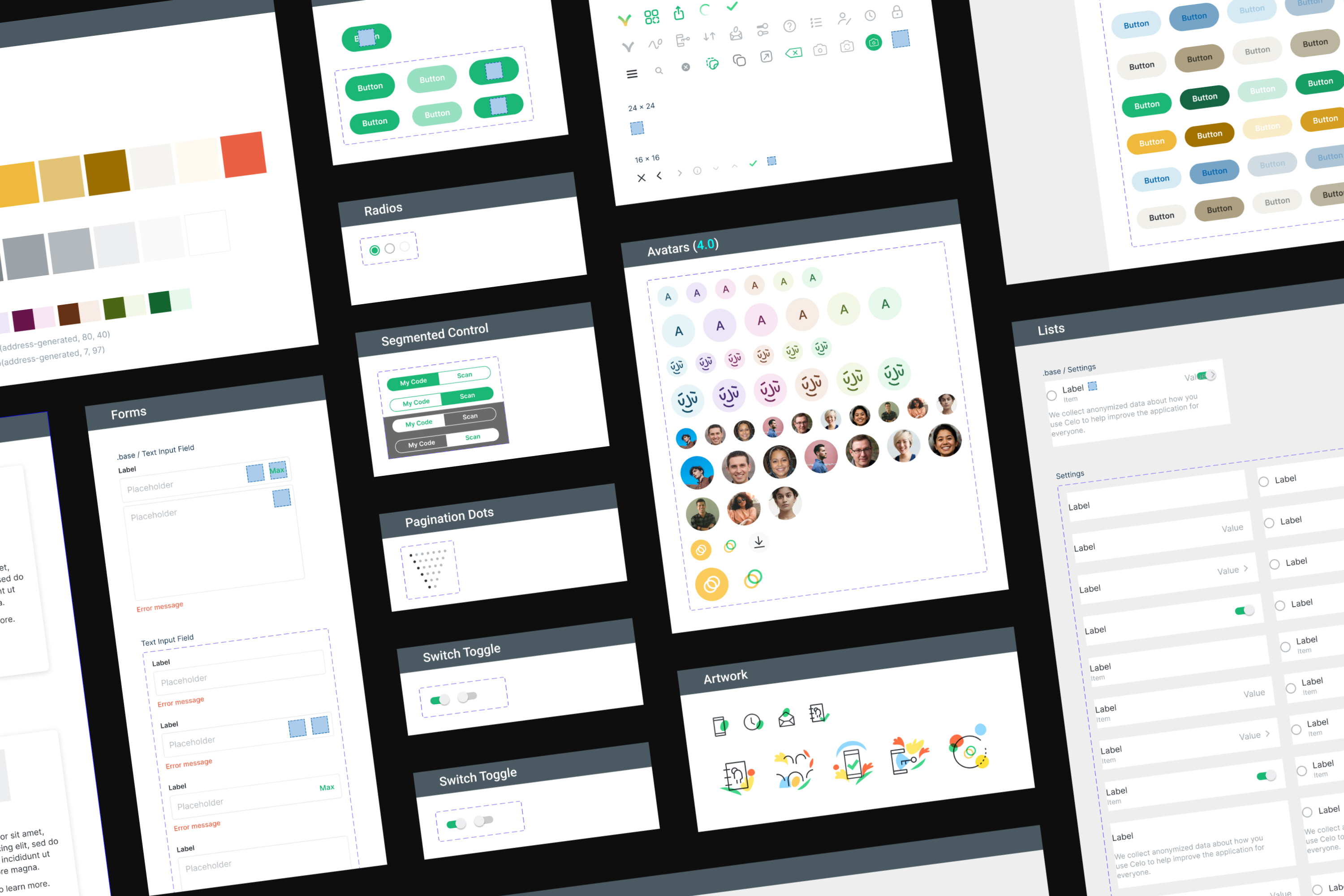 The project began by conducting an inventory of the then-current component libraries and files. A few key factors were taken into consideration when deciding the scope of the system:

The goal for the design system was to ...

Above you can see the benefits of using a hybridized design architecture in Figma (a master component within variants). This allows for changes to rapidly be made across all components in the organization's libraries.

Next project
© 2021 All Rights Reserved.  Designed and Coded by Calvin Lee